Packet filtering is one of the major kinds of firewalls that are the network security technique; it is used to control data flow to and from the network. It is the security mechanism that helps the movement of packets thr0oughout the network. Also, it controls the flow based on a set of protocols, ports, rules, and IP addresses.
If you want to have the trustable platform to handle the security concerns of your business then choose none other than SecurtiyX. We have experienced and professional experts who are known to provide exceptional services to companies.
Packet filtering secures a local network from undesired invasion based on the predefined rules. The information goes via a network in terms of small pieces known packets, which travel independently throughout IP networks. These small packets pass through a note only if they match with predefined filtering rules otherwise they get a drop. Therefore, it is important to define the filtering rules properly in a packet to be highly efficient to provide a securing mechanism.
The mentioned standards are used for packet filtering controls (allows or drops) packet:
.  The address the packet is coming from
.  The address the packet is going to
.  The application protocols or rules set to transfer the data
The main activity of packet filtering is to show how filtration is implemented on the firewall. It checks the access control list to separate packets based on the upper layer protocol ID, destination and source port number, packet transmission route, and source and destination IP addresses.
A packet filtering firewall can differentiate into the mentioned types based on the usage of rules:
Static Packet Filtering Firewall
This type is associated with the manual establishment and the link between the internal and external networks left closed or open at all times until it switches manually
Dynamic Packet Filtering Firewall
It is considered the most intelligent way of filtering as rules that may be modified dynamically based on the ports and conditions are open only for a particular time otherwise remain closed.
Stateful packet filtering firewall
It consumes the presentable for maintaining a private connection and packets pass via sequence as approved by the filter rules.

Did you find the term of Cybersecurity new? If yes, then this blog is a great help for you. A Cybersecurity threat is associated with any possible malicious attack that hunts to access data unlawfully, Read more… 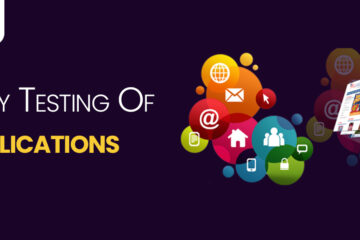 If you are planning to hire a cybersecurity company like SecurityX then you should know about some of the major tests available to identify the security threats in your processes. Scalability testing is one of Read more… 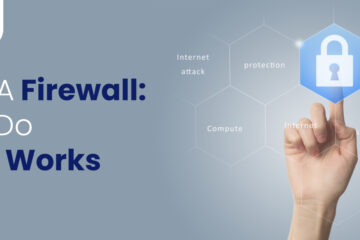 What Is A Firewall: How To Do Firewall Works

in this era of digitalization, cyberattacks can be extremely devastating for companies. It is predicted that the cost of cybercrime was around $600 billion. The cyber attacks are continuing to increase so that is why Read more…